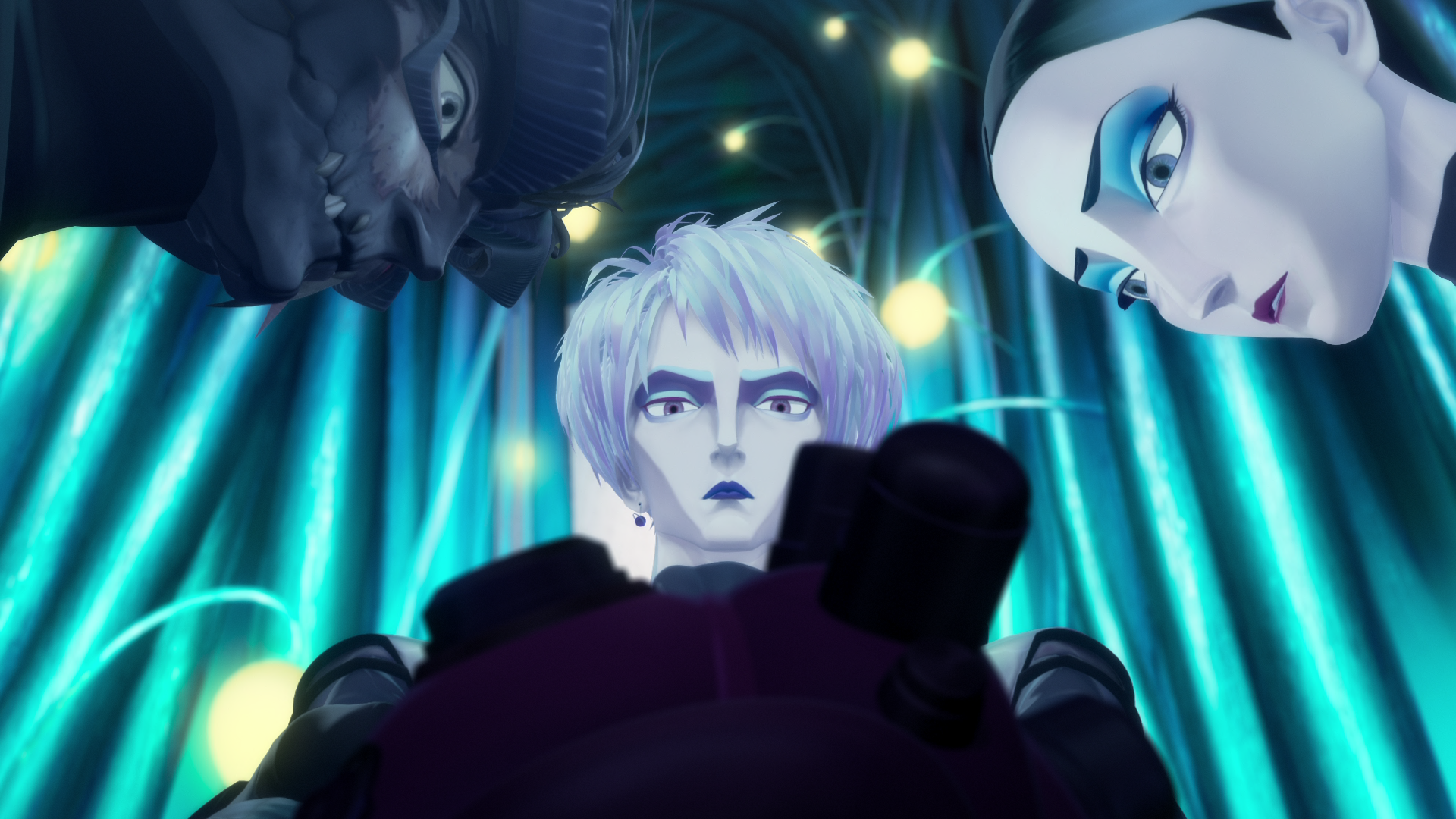 Netflix has released a trailer and launch date details about its upcoming horror anime set in space, Exception. The show received its first look images in June during Netflix’s Geeked Week. The show was first announced back in November during its Netflix Festival Japan 2021 livestream.

Netflix has announced that Exception will stream on the platform starting October 13. Check out the trailer below:

The trailer for the anime captures the eerie and lonely vibe of being stuck in space pretty well. The show is produced by Tatsunoko Production and Studio 5.

Exception is described as the following:

“In the far future, humanity has been driven from Earth and forced to move its population to another galaxy. Members of a scouting team are sent to search for a planet suitable for terraforming. The crew was created through a biological 3D printer, but a system malfunction causes one of the crew members, Lewis, to emerge in a deformed state. As Lewis turns on his fellow crew members Nina, Mack, Patty and Oscar, a countdown to the end of the mission begins in the frightening darkness of the ship.”

Exception is directed by Yuzo Sato, who has previously directed hit thriller anime like One Outs, Kaiji, and Akagi. Needless to say, expectations are high from the upcoming Netflix show. The “all-star staff”, as described by Netflix, also include writer Hirotaka Adacih (aka Otsuichi) who is known for his works in horror fiction and has penned the story for Exception; character designer Yoshitaka Amano who created iconic and influential characters such as Gatchaman, Tekkaman: The Space Knight, Hutch the Honeybee, and Casshan; and composer Ryuichi Sakamoto who has won an Oscar, a BAFTA, a Grammy and 2 Golden Globe Awards as a film-score composer.

Sakamoto said the following about the show:

“I’ve always liked science fiction and when I read the script, it made me want to see it visualized so I decided to participate. (Thoughts about the series:) We live in a time when cloning and other gene manipulation technology is advanced but the questions that arise here are, ‘What is life?’ or ‘What is humanity?’ This work deals with these kinds of questions head on. ​​I wanted to make the main theme song be a symphonic piece—the kind that has become a staple for sci-fi since Star Wars. I made the soundtrack as a whole be darkly ambient and worked towards making the entire soundtrack feel like one piece of music rather than separate by scene. That said, I did include a degree of harsh sounds in the fighting scenes. I was able to make a soundtrack that I like very much.”