DC has announced that September 17 will be Batman Day this year and it will be celebrated around the globe. Multiple releases and events will take place around the world to commemorate 80 years of Batman. It will also be celebrated in India with social media contests.

In India, fans will get to participate in exciting social media contests hosted by partner brands like Boat, Shop The Arena etc. and win gift hampers worth Rs. 2499 to celebrate Dark Knight’s Day.

In the month of September, Warner Bros. Consumer Products and merchandise brands such as BeYoung, BonKids, That Dog in Tuxedo, Redwolf, and many others will offer Batman fans the chance to immerse in the world of Gotham with cool range of Batman products on sale on their websites and also have a chance to win gift hampers worth Rs. 2499 and 2999. 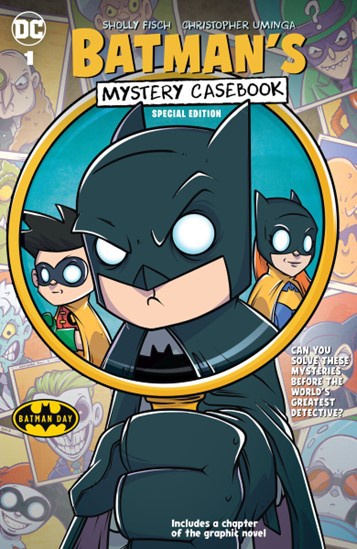 Fans anywhere can tune in and see that Batman’s incredible Rogue’s Gallery have hacked Batman’s social channels–and are taking over the DC Shop! DC fans can follow along on social as iconic Super-Villains share their thoughts on the World’s Greatest Detective on @Batman on Twitter, and check DC Shop for new, Super-Villain themed merchandise.

Here are the rest of the announcements that DC has made for Batman Day:

HBO Max announced the lead voice cast behind the upcoming animated feature-length film, Batman Azteca: Choque De Imperios (“Aztec Batman: Clash of Empires”). The renowned group of actors include Horacio García Rojas (Diablero) as Yohualli (Batman/Bruce Wayne), Omar Chaparro (No Manches Frida films) as Yoka (The Joker) and Álvaro Morte as Hernán Cortés (Two-Face) bringing to life an original story featuring the first Mexican version of the Dark Knight set against the backdrop of the captivating history of Mexico and the exciting culture of Mesoamerica. Produced by Warner Bros. Animation, Anima and Chatrone, Batman Azteca: Choque De Imperios is a Particular Crowd film and based on characters from DC.

Kids and families can also celebrate with Batwheels, DC’s first-ever Batman preschool series, which will zoom into Batman Day with a half-hour origin special premiering exclusively first on Cartoonito on HBO Max in the US and LATAM. “Secret Origin of the Batwheels” will tell the backstory of how a group of young sentient super-powered vehicles‑ Bam (the Batmobile), Bibi (the Batgirl Cycle), Redbird (Robin’s Sports Car), Batwing (the Batwing Jet Plane), and Buff (the Bat Truck)—formed their super heroic team. Catch this Bat-tastic special before the series officially launches later this fall on Cartoonito on Cartoon Network and Cartoonito on HBO Max. Based on characters from DC, Batwheels is produced by Warner Bros. Animation. Animation services provided by Superprod Studio.

MultiVersus, the free-to-play platform fighter videogame, will celebrate Batman Day with an in-game event granting a Batman profile icon to players who complete 20 matches as the Caped Crusader from September 16th to 19th. Batman will also be featured as part of the game’s preview character rotation those three days.

Warner Bros. Consumer Products and Cartamundi, the worldwide leader in playing cards, will be joining the celebration of Batman Day through their next digital drop of DC Hybrid NFT Trading Cards on Monday, September 19, which features the Justice League. Fans atop the leaderboard will have the chance to collect a special Mythic reward card that showcases Batman throwing one of his iconic Batarangs in the midst of a heated battle. Using the Hro® app, a platform that combines the physical and digital worlds, fans can buy, sell, and trade their way to complete collections of hybrid NFT trading cards featuring their favorite DC Super Heroes and Super-Villains. More information about the upcoming Justice League drop can be found here or on Twitter.

​​For DC Bat Cowl NFT holders, there will be a special event on Batman Day via the Bat Cowl NFT Holder-Only Discord Channel as part of the multiyear fan experience that lets users dive into the world of Gotham City. Revealed at the event will be the first issue cover art of Batman: The Legacy Cowl, a new DC Comic developed with the votes of Bat Cowl holders. Additionally on Batman Day, Part One of a video tour series will debut as an exclusive to Bat Cowl holders, going behind the scenes with the Warner Bros. Archives and diving into the history of Batman’s Cowls, Batsuits, and Batmobiles. More information about the DC Bat Cowl NFT program can be found here or on Twitter.

Read next: The Search for DC’s Kevin Feige Continues As Producer Dan Lin Reportedly Turns Down the Opportunity