Home » Camera » From Tomb Raider to The Hitman, The Best Deals You Can Get on The Biggest Game Franchises
Camera

From Tomb Raider to The Hitman, The Best Deals You Can Get on The Biggest Game Franchises 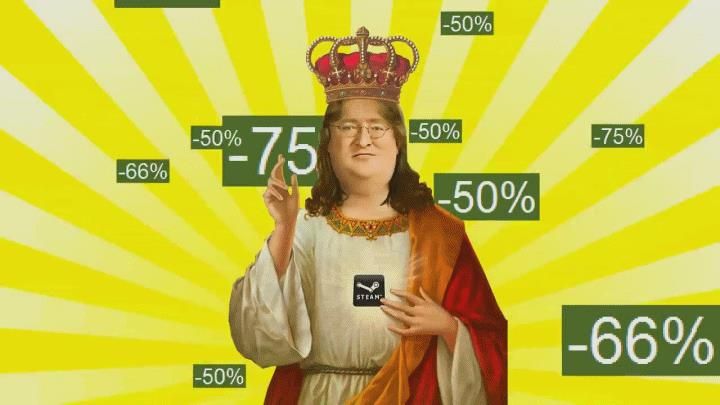 Steam’s annual sale event has begun and the players can now get their hands on some of the top titles in the gaming industry at a highly discounted price. The deals that are available in Steam Summer Sale 2022, will actually feel like a steal. They have introduced a feature franchises section, where all games from the franchise are on sale. Steam has outdone themselves by providing a huge roster of some of the most popular franchises in the gaming industry, check them out below:

Hitman is one of the most popular stealth assassin game out there and the entire franchise is on sale at the Steam Summer Sale 2022. All the games that are in the deal are heavily discounted with each being on minimum 80% discount. The earlier titles of the franchise can be purchased for under INR 100. In total there are 9 titles that are on sale, these include:

Dishonored is a franchise that has furnished the players with some of the most epic adventures. The Dishonored franchise is also on sale at Steam Summer Sale 2022 and all the titles that are included, feature a minimum of 80% discount. In total there are 5 titles that are on sale, these include;

The award winning fantasy-themed RPG franchise is also a part of this sale. Final Fantasy has a gigantic franchise and has vast variety of titles under their belt. Naturally, a plethora titles have been included in Steam Summer Sale 2022 and all are discounted according to their year of release and popularity. These titles include,

Middle-Earth is a franchise that has brought epic fantasy adventures to the players that span across a dark, eerie, open-world. They need to build their legend confront the terrifying evil that lies within. All the titles from this franchise are on a minimum 75% discount and they include Lego titles too. Check out all the 4 Middle-Earth titles that are featured in the Steam Summer Sale 2022 below:

The iconic arcade fighter franchise is on sale too and the players can check out some of the top titles that lie under this franchise’s belt. From standalone titles, to collections, to bundles to DLCs, the Steam Summer Sale includes it all. Check out all the features titles from the Street Fighter franchise below:

Experience the complete journey of your beloved Lara Croft through this award winning franchise. A bunch of Tomb Raider titles have been included in Steam Summer Sale 2022 and the players will be able to play through all adventures that have been introduced to the series. Check out all the 14 Tomb Raider titles that are include in the sale below:

Fallout is the next big franchise in Steam Summer Sale 2022, the feature will include a variety of post-nuclear themed titles from this renowned franchise, each with minimum 60% discount. All the games that have been released under the Fallout title are included in this sale, even the Fallout 4 VR version. Fallout Shelter has been featured as a free-to-play title in the Steam Summer Sale. Check out all the 8 Fallout titles featured in the sale below:

Guess what, Ubisoft’s leading role playing franchise is also a part of the Steam Summer Sale. Players will be able to try out the classic titles or even the more modernised ones through the games featured in this sale. The sale also features a bundle which includes the 12 old school Assassins Creed titles. Check out all the games and bundles that have featured in the Steam Summer Sale below:

The award winning sniper franchise is also a part of the Steam Summer Sale 2022. Through the franchise, the players will be able to experience various covert operations that took place during the World War 2 Era and snipe their way to surviving a bunch of altercations. Check out all the 12 titles that are featured in this sale below:

Continue reading: Ezra Miller in Trouble Again for Hosting Three Children and Their Mother at Their Farm Filled With Weed and Guns
SaveSavedRemoved 0