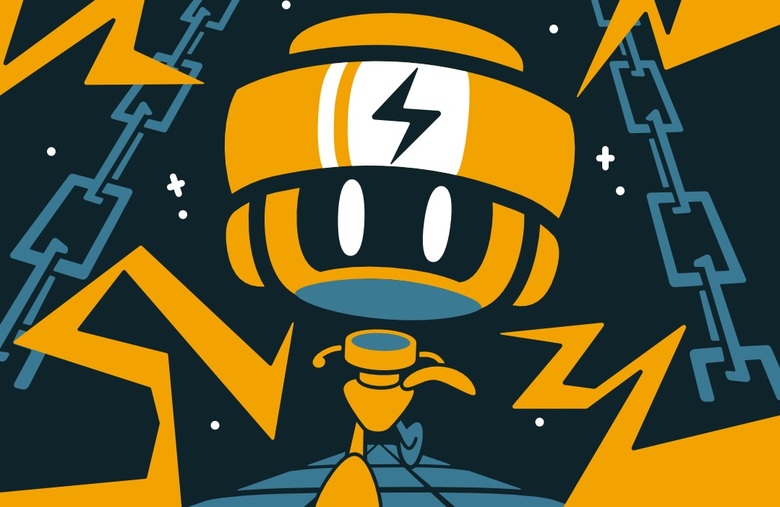 Boy, do I love a good puzzle platformer. There’s something about the genre that I can’t quite put my finger on, but it scratches an itch I have deep in my brain. A handful of well-designed stages, an intriguing gimmick, and an interesting main character is all I need to really enjoy myself.

I’ve played a vast amount of puzzle platformers over the years, and I’ve certainly come across a few greats. The ones that stand out from the crowd know how to take their gameplay rules and twist them into all sorts of unique, engaging experiences. Throw in a bit of mystery and surprise, and that’s what puts a puzzle platformer over the top in my book.

Right from ElecHead’s reveal, that itch I mentioned above started to tingle. There are times you can just tell you’re looking at something special, and that’s exactly how I felt when first laying eyes on ElecHead. That sensation remained in full effect during my initial play session, and it grew substantially as I inched ever closer to the game’s end credits. 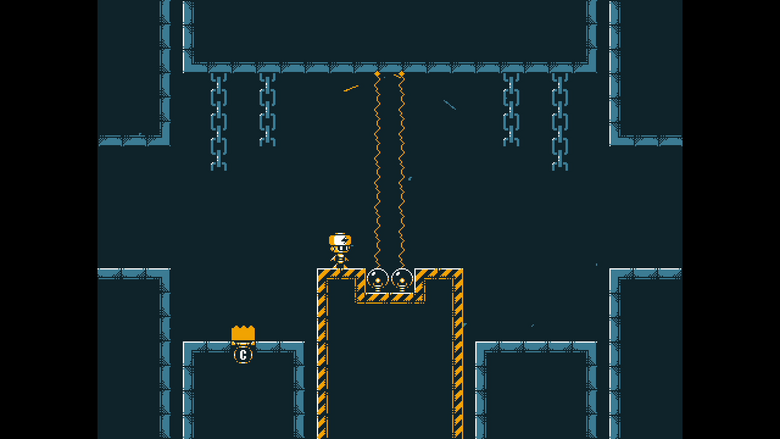 ElecHead’s greatest strength comes from its unassuming nature. Without going into spoilers, ElecHead goes out of its way to hide things from you. From the very first screen to the game’s final moments, you’re only getting a glimpse behind the curtain. That applies to literally every area of the game, as ElecHead always has something more to offer. I cannot tell you how much I appreciate a game that wows me at the start, and then continuously surprises me throughout.

In ElecHead, you play as a tiny robot who harnesses the power of electricity. Just by coming in contact with metal objects, you can send power coursing through them. That can be a good thing, like when you’re trying to power an elevator to reach new heights. It can also be a bad thing, as in some instances, your electrified body can create a wall of lighting bolts that prevent you from progressing. Figuring out how to use these powers to your benefit and handle them when they’re a hindrance is where the fun lies.

Adding in another wrinkle is the ability to throw your head a short distance. Doing this allows your body to pass through/over metal items without electrifying them. Whatever your head touches will still get powered up, and that’s an absolutely crucial element to understand. Throw in the timer that prevents you from being separated from your head for more than 10 seconds, and you can start to see how the basic premise of ElecHead can be exploited in all sorts of devious ways. 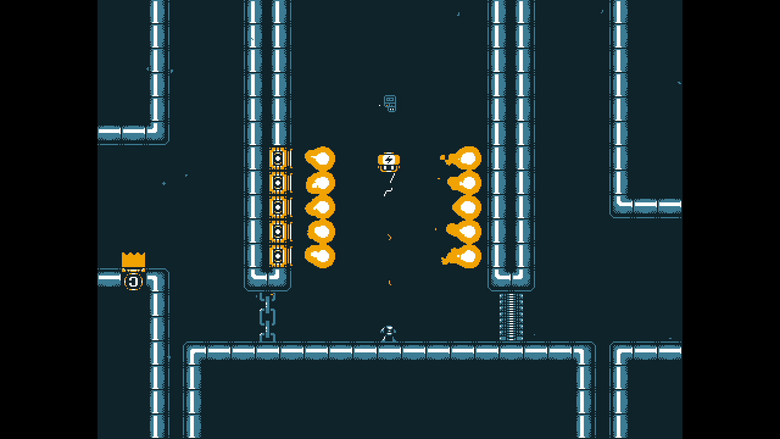 Getting ahead in life

My hat goes off to anyone who creates a puzzle platformer, as you have to have a special kind of brain to think in such a way. That said, the man behind ElecHead, Nama Takahashi, has really outdone himself. The way ElecHead takes literally two puzzle mechanics and warps them into mind-bending scenarios is incredibly impressive. More often than not, we see puzzle platformers that lump together too many mechanics, muddying the experience along the way. In ElecHead, the simple abilities of jumping and head-throwing are pushed to their absolute limits, creating some of the best puzzle experiences I’ve seen in a very long time.

I had multiple moments during my time with ElecHead where I couldn’t help but smile, as yet another inventive puzzle had popped up. There’s not a bummer in the group, but there are so many that seem head-scratchingly difficult at first, but then a switch flips in your head, and then everything clicks. To come up with level design that creates this moment over and over again seems downright impossible to me. Marry that with a smooth-as-butter difficulty progression, and ElecHead easily stands toe-to-toe with the best the genre has to offer.

It’s clear Takahashi was very assured in the gameplay of ElecHead, as the game definitely puts the focus on its puzzles and platforming. For me personally, ElecHead is a gorgeous title, but I certainly recognize that it’s a very rudimentary presentation. There are certainly nice touches throughout, but ElecHead’s visuals are meant to make the gameplay sing, and I sincerely applaud that. The graphics convey the most important gameplay mechanics in a very bright, straightforward way, and that’s definitely where the attention should be. 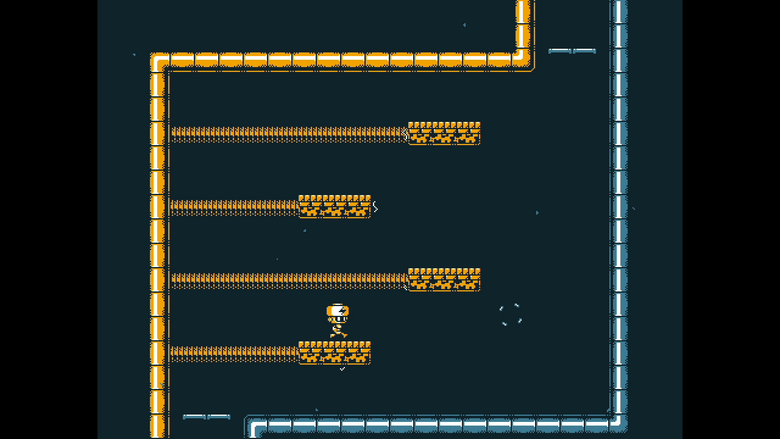 Not as easy as it seems

Accompanying the stellar gameplay and uncomplicated graphics is a superbly catchy soundtrack. ElecHead uses one main theme throughout the entire experience, but it’s played with in different ways. With multiple takes, some songs sound like remixes while others sound completely original, and they all use a variety of chiptune-esque and synthesized instruments. The end result is a soundtrack that has quickly become one of my favorites in recent memory. The songs never overtake the gameplay or become grating, and only add to the atmosphere. Seriously, I don’t think there’s a single song in ElecHead that is anything other than brilliant.

Then there’s the absolute icing on the ElecHead cake; the secrets. Any puzzle platformer worth its salt has to provide challenging puzzles, but only the best ones go beyond with secrets. ElecHead is jam-packed with secret content, some of which you won’t find until you run through the game with a fine-toothed comb. Even the base gameplay experience involves a little light secret-hunting, and that’s what opens your eyes to the bigger secrets that await. I’m talking about things hidden in plain sight, collectibles that change the visuals, an entire gameplay mechanic you’d never expect, multiple endings, and more. For those who are willing to dig deep, ElecHead expertly crams an incredible amount of hidden goodies into its adventure.

Depending on how explorative you are, you could get quite a healthy chunk of hours out of ElecHead. When I first hit the credits, I had spent about 4 hours with the game. Then I went back in to find a few more secrets, and my playtime climbed about 5.5 hours. Even then, I still hadn’t found every collectible there was! I think a puzzle platformer that doesn’t overstay its welcome is a thing of beauty (and quite hard to find!), and ElecHead threads that needle expertly. If anything, I’d take any excuse to jump back in! 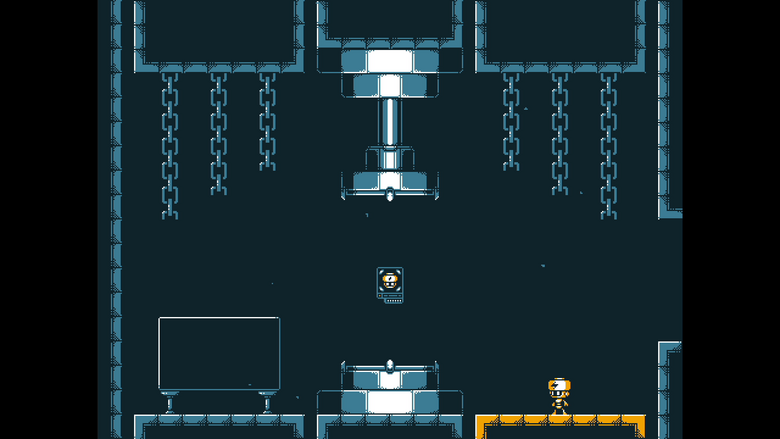 It’s a secret to everybody

Therein lies the best praise I can give ElecHead. I wish I could completely wipe my memory and experience it for the first time. ElecHead really is that good, and it went far above what I was expecting. It’s one of those games I’ve been watching friends play just to relive my journey once again. Seeing how others tackle puzzles has been fascinating, and watching them happen upon secrets lets me relive my joy vicariously.

ElecHead is a perfect example of why bigger doesn’t mean better, and how old genres still have an inordinate amount of life left in them. If anything, some of today’s devs should spend time with this one to see just how much you can squeeze from a singular, extremely solid idea. ElecHead is one of the finest examples in the genre, and a game that will forever sit in the pantheon of greats.

Rune Factory 5 is coming to PC on July 13 – Destructoid