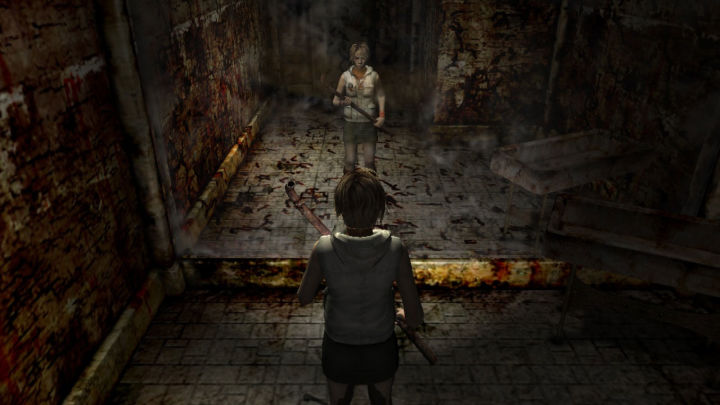 Silent Hill remake is something that many players are really looking forward to, and they have been investigating day and night to obtain any sort of information about the development of this game. Previously we were informed by a leak, that a new version of the psychological horror game was already in development. We also received some screenshots for the game, which were later removed due to copyright claims, confirming that these screenshots might actually be from the Silent Hill game that is in development.

A new leak has now provided the people with an insight into the future of the Silent Hill franchise. This new leak comes from NateTheHate2 on Twitter and he reveals a lot of information about the Silent Hill Franchise. According to him, the Bloober team are working on the Silent Hill 2 remake, the new game will have reworked puzzles, will receive new endings and will be released as a PlayStation Exclusive.

He further adds that there is not one, but multiple Silent Hill projects in development at the moment. These projects include the new flagship or ‘mainline entry’ and other projects are supposed to be side stories. He also states that this information has not been confirmed and he is just sharing the information that he has heard. Check out the tweet by NateTheHate2 below:

The leaker that we received the screenshots from for the new Silent Hill game in development, AestheticGamer1, has also backed the claims by NateTheHate2. AestheticGamer1 states on a thread that Konami had 2 Silent Hill projects in the timeline, which later evolved into 3.5 projects as an initiative to revive the franchise. At the end of the day, all of this information comes from leaks, so players should take it with a grain of salt and wait for an official announcement. Check out the Twitter thread below:

Apparently back in 2018, Konami’s idea to make 2 SH games I reported ended up evolving into 3.5 projects and a bit of a imitative to revive the franchise.

Continue reading: GTA 6 Is Trending Again as Fans Believe a Surprise Trailer Is on Its Way