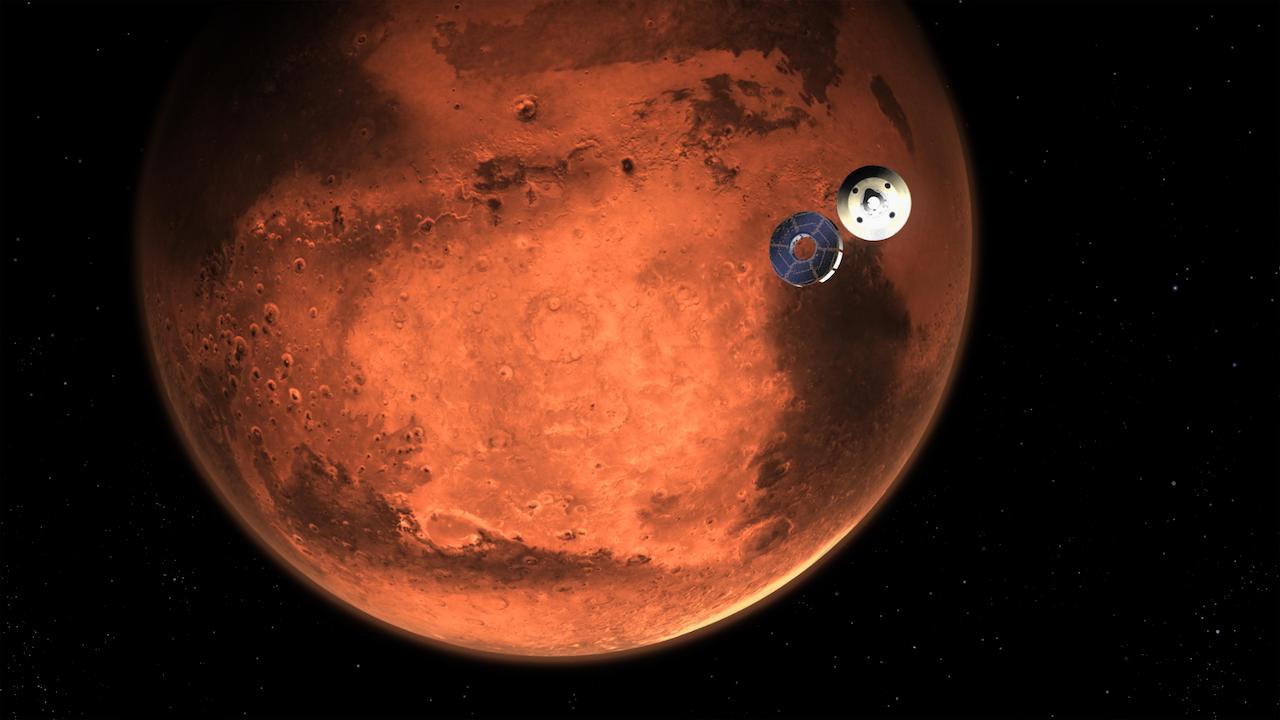 NASA’s InSight Lander is a rover that roams the planet of Mars and checks up on the happenings of the planet. InSight takes daily weather measurements (temperature, wind, pressure) on the surface of Mars and provides a report to NASA. In one of the latest reports by the Jet Propulsion Laboratory at NASA, the InSight Lander has reported the biggest quake ever recorded on the planet of Mars.

Also read: NASA Rocket Will Try To Find Out Why Earth Supports Life

The InSight Lander was shipped to Mars to study the deep interior of the planet, with the help of a highly sensitive seismometer which was provided by France’s Centre National d’Études Spatiales (CNES). The quakes help the scientists understand the depth and composition of the layers of the planet. With the help of this information these scientists hope to understand all ‘rocky worlds’ such as Earth, Moon and more.

As the report states, a magnitude 5 quake on Earth is considered to be a mid-range quake as the planet has seen ones with higher magnitudes. In the case of Mars, this kind of quake is close to the level that the scientists wish to see. In order to understand the location of the quake, the nature of its source, and what it has to say about the Mars interior, the scientists will have to study this quake more.

Here’s what Bruce Banerdt, InSight’s principal investigator at NASA’s Jet Propulsion Laboratory in Southern California had to say about this quake:

“Since we set our seismometer down in December 2018, we’ve been waiting for ‘the big one’, This quake is sure to provide a view into the planet like no other. Scientists will be analyzing this data to learn new things about Mars for years to come.”

Unfortunately, this quake couldn’t have come at a worse time, the InSight Lander is facing issues with its solar panels that are used to power the rover. The location where it is situated is facing the brunt of the winter right now and that means that there are more dust particles in the air and less sunlight reaches the panels.

To make matters worse the energy level fell below the limit that triggers the energy saver mode on May 7, 2022. Due to this issue the rover will only perform the most essential functions and suspend all the others. It will be interesting to see how the scientists overcome this issue and resume their study.

Studio Bones reveals when Mob Psycho season 3 will come out