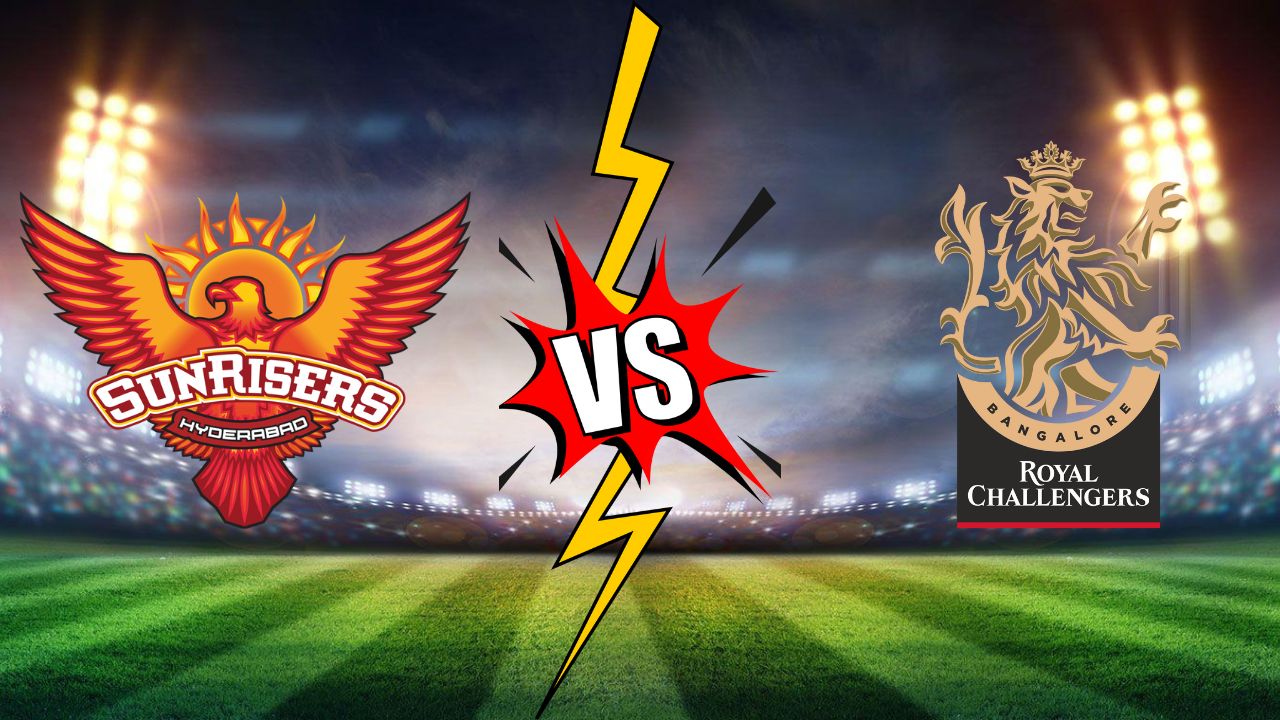 Sunrisers Hyderabad will take on Royal Challengers Bangalore in the 54th match of the IPL 2022 on Sunday. Sunrisers have a fond memory against Royal Challengers as they completely thrashed them in their previous outing by 9 wickets, however, their current form isn’t that great as they are heading into this match on the back of 3 consecutive losses. They went with a new bowling attack against Delhi Capitals which didn’t work at all. Highly rated, speedster Umran Malik went wicketless in the last 2 matches which is one of the main reasons behind their downfall.

Royal Challengers Bangalore on the other hand, did a great job in their previous match against defending champions Chennai Super Kings and won the game quite easily in the end by 13 runs. They have a tendency of losing matches at the business end of the tournament and need to be more careful from now on. Virat Kohli got runs under his belt and still strike rate is a matter of concern. They are all set to take revenge for their previous loss against the orange army.

Abhishek Sharma has shown a lot of maturity with the bat and looked like a different player than before. In 10 matches in this tournament, he has mustered 331 runs at an average of 33.1 with a strike rate of 134.

Glenn Maxwell is contributing one or other way for Royal Challengers. He failed with the bat in the last game against Super Kings however made it up for that by picking up 2 crucial wickets. Overall, in 8 matches in this competition, he has scored 160 runs and picked up 3 wickets.

Josh Hazlewood is the leader of the Royal Challengers pace attack. He has been spot on with his line and lengths and hasn’t conceded many runs. In 7 matches in this IPL, he has picked up 11 wickets at an economy of 7.2 with the best figures of 4 for 25.

Nicholas Pooran is looking in good touch at the moment. He has hit 2 consecutive half-centuries in the last two matches. Overall, in 9 innings in this IPL, he has added 242 runs at an average of 60.5 with a strike rate of 148.46.

Mahipal Lomror grabbed the opportunity with both hands and added some useful runs. In 2 matches, he has struck 58 runs at a strike rate of 165.71 with the highest score of 42.

Royal Challengers Bangalore are expected to win this match.

The quick guide to inventory management for ecommerce

Want A Steam Deck? Now You Can Buy One Without Waiting

Humble Bundle subscribers get Deathloop for free this month – Destructoid

The Oregon Trail movie musical in development, and it could be R-rated