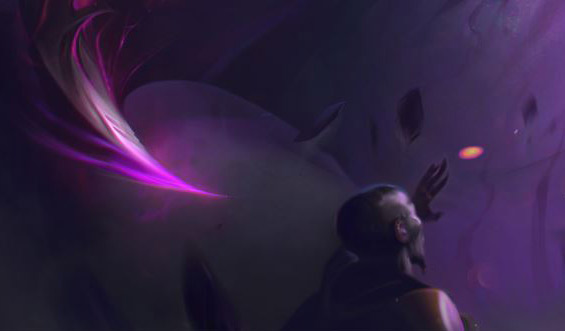 League of Legends Champions Roadmap has been released and the players cannot stop talking about it. One of the first things that players appreciated about the roadmap was that the developers mentioned that they will be reworking on the existing characters to provide them with more justice, Aurelion Sol taking the number one spot. Other than that, the developers also had some things about an all new Legend.

The new character that is being introduced is a fresh Void Jungler, who is being dubbed as the ‘Empress of the Void’. The developers mentioned in the roadmap that players will have to submit to the empress to become a part of something bigger. Check out what the developers had to say about the entry of this behemoth into the world of LoL below:

Something beautiful, something inevitable, something foretold. A new skirmisher for all those jungle players out there. A new Empress to submit to… and you will submit. Those who do so willingly will be rewarded by becoming part of the ever-expanding Lavender Sea, crashing like waves against the enemies’ defensive structures. Give in to your Empress and let her feed on your essence, so you may become part of the new evolution of Runeterra. And as an added bonus, if you succumb to her you will also bear witness to her true elegance, her true beauty, and the true face of the Void.

Many of the players are excited for the arrival of the Empress of the Void and the speculations for this character are at an all time high. Players believe that according to what is stated in the Champion Roadmap, this new character will be able to take over the bodies of fallen enemies and feed off their energy to power herself. Many players are also anticipating the new thematics and visual enhancements that will be added to showcase the powers of this beast.

Players will just have to wait and see what abilities does the Empress have when the developers release the new character. As of now, no official release date has been provided for the Void Jungler, but the players can expect an announcement to come out soon.

The GameCity prize fight: how do non-gamers decide the best game of the year? | Games